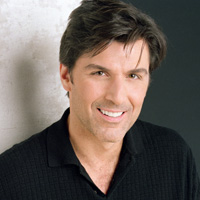 Erica worries that Kendall might remember shooting David and Ryan calms her down. Erica convinces Kendall that her anxiety over David is due to the medicine and she doesn’t need to keep thinking of the pillow accident since no crime was actually committed. Liza questions Erica on why she’s in David room. Erica rips into her, insisting that Liza is just jealous of Erica’s personal and professional success, something that Liza is lacking in both regards. As Erica and Jackson look at an unconscious David, Erica doesn’t really care if he comes out of the coma. When they leave, David lips move and he mutters Kendall’s name.

Damon is devastated to see Colby and Asher kissing. JR tries to comfort Colby after her breakup with Damon. Damon reveals to Liza what happened and that he and Colby are over. Damon and Liza kiss.

Both Marissa and Annie start to question the other’s relationship with JR as he tries to keep them both happy. After learning that Ryan warned JR about her “spinning out of control”, Annie tells Ryan not to screw up her relationship.