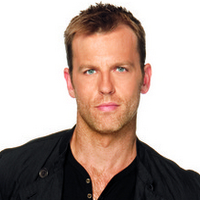 The Philidelphia Enquirer is reporting that Plymouth Meeting, Pennsylvania five-year-old Patrick Gibbons, Jr. has been hired by producers at “One Life to Live” to take over the recurring role beginning Wednesday, December 22nd.

The kindergartener replaces twins Jacob and Luke Clodfelter who had played Sam since 2007 (the role was originated by another set of twins, Zachary and Daniel Frisch, in 2006).  The casting shake-up also ages the character — but only slightly — since Sam’s fifth birthday wasn’t supposed to be until February 6th.  Also oft referred to throughout the past year, Sam hasn’t been seen onscreen since January.  Sam Manning is the son of Todd Manning and the late Margaret Cochran.