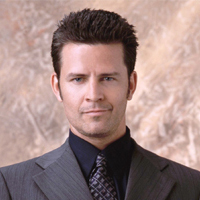 Luke, Lucky, Dillon, Monica, Tracy, Mike, Mac, Georgie and Edward are shocked to learn that their loved ones are in the middle of the hostage crisis.

Patrick experiences complications while operating on Alcazar. Skye is stunned when Jason tells her about the hostage crisis unfolding at the hotel. Patrick and Noah disagree about how to proceed with Alcazar’s surgery. Patrick heads to the hotel to help Robin. Jason convinces Patrick to continue operating on Alcazar as he needs to wake up and give them the access code to the briefcase. Jason knows they have to get the hostages evacuated before the vault reopens. Lucky and Rodriguez begin evacuating the guests attending the charity gala at the Metro Restaurant high atop the hotel.

Maxie and Three realize the briefcase could explode at any time. Three plans on using Maxie as a human shield to protect himself from the blast. After threatening to shoot more people, Mr. Craig allows Alan, Emily and Elizabeth to tend to Robin as her condition deteriorates. Sonny offers to arrange for Mr. Craig’s safe escape in exchange for releasing Robin. Sonny stops Sam and Carly from making a foolish and dangerous move. Sam is nearly shot when she tries to press the hotel panic button but Sonny talks Craig out of killing her. Mr. Craig wires the lobby with explosives.