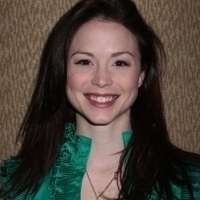 JR gets upset when Marissa expresses her concern for Scott. Marissa visits Scott in jail and informs him of the joint custody papers that she offered to JR, and admits she thinks he might have changed. During JR’s visit with Scott, Scott makes it clear he is working on himself, not thinking of JR. He also points out that he doesn’t believe JR is a changed man and thinks he played Marissa to get that petition out of her. Annie confides in Amanda that while she trusts JR she doesn’t trust Marissa’s intentions. JR tells Annie they still need to keep their relationship a secret since Marissa hasn’t signed the papers yet.

Cara’s feelings for Jake continue to grow and she finds it harder to work with him. Cara admits to Tad how she’s feelings but reassures him she won’t act upon them and needs to get out of Pine Valley soon. When Jake leaves the room, Amanda poses as Cara and calls to find out about Cara’s redeployment.

Natalia and Brot’s relationship continues to grow and they agree to a New Year’s Eve date.

On the Next All My Children (Encore Presentation of November 29, 2010 Episode)…