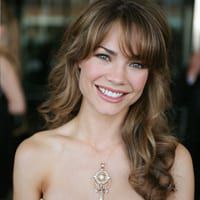 Kendall grows skeptical of whether or not Griffin still has the money Zach gave him to help restore the Miranda Center.

Madison tells Frankie she still hasn’t told Ryan about her pregnancy. Madison runs into Ryan and hints towards a surprise she got at the doctor’s office. Jake and Amanda help Ryan and Greenlee move in together.

Greenlee shares her good news with Kendall who makes it clear she’s declining any invitation to her house as well a future invite to any wedding they might have. Greenlee claims she wouldn’t have a wedding until Kendall agreed to stand beside her. Ryan consoles an upset Greenlee over her visit.

Greenlee tells Ryan that she wants to find an advocate for David after cutting her ties to him.

Cara bumps into Amanda at confusion. While the two women have no idea who the other is, they strike up a conversation. Despite promising Griffin she’d stay away, Cara approaches Jake at the hospital.