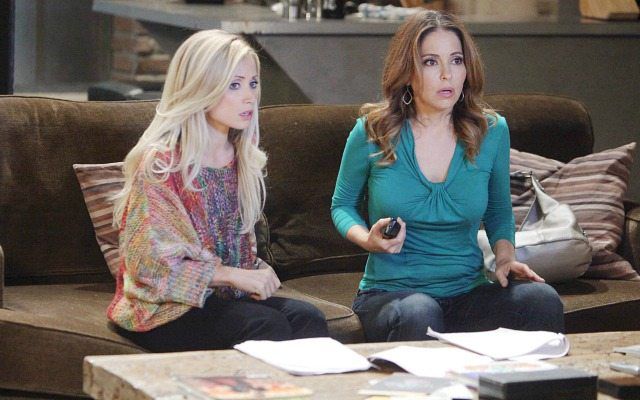 (SoapOperaNetwork.com) — A look at what’s happening on “All My Children” during the week of December 13, 2010.

Erica has some tough words for Greenlee on Monday, December 13. Jackson overhears Erica telling Greenlee that she wishes she had never come back. Erica and Caleb’s bond grows. Jackson and Erica set a wedding date but a rift has clearly been opened. Annie is (literally) left out in the cold as JR shares quality time with Marissa, AJ, Tad and Krystal on Wednesday, December 15. A jealous Annie erupts in her empty hotel room. On Thursday, December 16, Kendall clears up any misconception Ryan has about his influence on her. Madison comes to Kendall’s defense at Fusion. The pair share a moment of connection. Kendall informs Griffin that she’s going to be taking on a bigger role with the Miranda Project and from now on he’ll be reporting to her.

The Inside Story: Past or Present
Cara asks Jake to reconsider his decision not to return to Doctors without Borders. Amanda questions Griffin about Cara’s intentions on Monday, December 13. Though apart, Jake and Cara flash-back to the same romantic moment from their past. Tad confronts Cara. Jake reassures Amanda. Tad offers to investigate Cara for Jake. Jake is shaken by another memory of his ex-wife. Jake asserts to Cara that he’s found true happiness with Amanda and his son. On Friday, December 17, a frustrated Griffin doubts the sincerity of Cara’s disappointment when fate impedes to prevent her departure from town. Jake surprises everybody when he suggests that Cara take the open position at the hospital. Amanda asks Cara out to lunch.

A Closer Look: Truth or Dare
Madison comes clean after Randi spots her waiting to be seen by the hospital OBGYN. Randi offers her support to Madison who is later shaken to learn that she’s already three months pregnant. Madison is hit with unexpected emotions while talking to Angie about her pregnancy. Ryan grows confused when Madison shows up at his door and begins rambling on about a big decision on Wednesday, December 15. Greenlee shows up just as Madison is about to spill the beans prompting Madison to claim that the big decision she’s made is that she’s leaving Fusion. Greenlee tells Madison it’s time she stopped paying Ryan visits. Madison tells Frankie that she’s decided against telling Ryan about her pregnancy. Frankie and Randi support Madison.