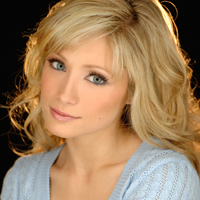 Although Sharon struggles with giving Nick an answer for his proposal, she ultimately says yes Monday, November 15. Things between Murphy and Katherine become tense when he learns the truth. Thursday, November 18, the past comes back to haunt Adam and on Friday, November 19 Diane weasles her way into Jack's Thanksgiving plans.

The Inside Story: Abby Backs Out
Abby makes the choice of letting Daniel go but is surprisingly floored when he tells her that she did what was right. Shortly after, she gets the unexpectant news that Victor has to hand over all of his financial records. Uncertain of what to do, Abby soon starts to get nervous regarding the lawsuit, worried that more of her father's past could come out in the open. She instantly decides that prison isn't the place she wants Victor to be, so she decides to drop the whole lawsuit. Needing to talk things through, Abby visits Victoria, who presses her younger sister to not back down. Seeing that Abby is still scared, Victoria decides to talk to Victor, in hopes that he will reach out and make amends to Abby. Unfortunately for her, Victor is not in the mood to play nice with his family, and instantly shoots her suggestion down. When Victor does make an un-expectant visit to Abby, however, he's angered even more so when he sees that Tucker has bought back the horse Abby originally sold, as a birthday present. As far as Victor is concerned, his daughter is still focused on money.

A Closer Look: Victor Seeks Revenge Against His Enemies
Victor's once belief that he will come out of the lawsuit unscathed, turns into doubt when things slowly take a turn. Jack, however, doesn't make things any easier when he purposely rubs it in Victor's face that he had a hand in Abby sueing him. He further infuriates Victor when he tells him that without his help, he stands no chance at all in defeating Adam. With Newman Enterprises in crisis mode, Victor's frustration sets in and he instantly vows that every last enemy of his will pay for crossing him, starting with his favorite two: Jack and Adam.