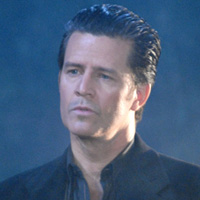 (SoapOperaNetwork.com) — “General Hospital” alum Ted King has been cast in a new role by “One Life to Live.”

According to Entertainment Weekly King, best known for his portrayal of Lorenzo Alcazar (as well as his twin brother Luis) on “GH” from 2002-2007, is currently working with producers at the ABC sudser to develop his character, which is also named Luis.

King tells the media outlet “We’re creating this together.  It was an opportunity I couldn’t pass up on. When I was originally hired (for ‘GH’), it was for a short period of time. I had every attention of going back to primetime. But during that time, I really enjoyed myself with the role – a lot more than I thought.”

Although the network has remained largely silent on the details surrounding King’s arrival in Llanview, they have revealed that his character will be interacting with Blair Cramer (Kassie DePaiva) and that his first airdate will be Friday, January 21st, 2011.