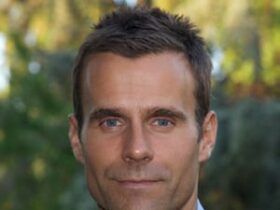 (SoapOperaNetwork.com) — A look at what’s happening on “One Life to Live” during the week of November 8, 2010.

Dorian summons the Cramer girls to a meeting to figure out how to keep Langston and Ford apart on Monday, November 8. James and Ford’s dad demands his $50 thousand back and makes himself right at home.  Cristian and Layla are on the verge of making love when Adriana arrives, claiming to have bad news. In Paris, Cristian and Layla reconnect at a café, while Adriana learns of Gigi and Rex’s drought in the love-making department and proceeds to rub it in Gigi’s face.  On Wednesday, November 10, Gigi reaches her breaking point with Adriana and punches her. Layla decides to accompany Adriana to Milan for a meeting, rather than spend the weekend with Cristian in Paris. Inez and Nate are shocked to find Eddie staying with James and Ford. Markko tells Langston farewell and leaves for L.A. And, on Thursday, November 11, impusles take control when Cristian locks lips with Gigi. Also, Langston and Ford inch closer, and decide to try having a regular relationship.

The Inside Story: Rising from the Ashes

Todd, Téa, and Dani go door to door inviting their loved ones to a combination wedding reception and back-from-the-dead part on Monday, November 8. Meanwhile, Rex orders Echo to tell him what she knows about his parents. Viki and Charlie argue over the possibility that Rex could be his son. Todd states that Viki and Charlie’s marriage is on the rocks. Viki confides in Rex that the Rick and Lili love letters are fake and that they are not really his parents. Dorian hires a personal trainer for Kelly whose services include more than just excersing. Nora overhears Inez thank Bo for his helping James. Nora presses Inez to invite Clint to Todd and Téa’s party. Later, Inez watches as Bo and Nora practice their dancing skills. Kelly reveals that she has a secret crush on Rex, who admits that he and Gigi haven’t had sex in awhile. On Tuesday, November 9, Starr and Cole are devastated when he is sentenced to ten years in prison. Cole ends his relationship with Starr. Afterward, John learns from Marty about Natalie’s amnio. After having a little time to get his affairs in order, John escorts Cole to Statesville on Wednesday, November 10. When he returns, John has a few questions for Natalie.

Matthew gives Destiny a shoulder to lean on. Rex and Kelly agree to attend Todd and Téa’s party together.  Clint advises Echo to keep her mouth shut or he’ll have Rex sent to jail on Thursday, November 11. However, Viki and Charlie soon back Echo into a corner and demand to know who Rex’s parents really are. Todd and Téa’s party begins. Nora informs Inez that she shouldn’t mistake Bo’s kindness for something else. Natalie sneaks in the celebration, where she bumps into John and Natalie. Blair tries to comfort Starr, who remains heartbroken over the turn of events. Later, James goes to check on Starr, at which point she pulls him into a steamy kiss. Across town, Rex kisses Kelly.  As the party continues on Friday, November 12, Viki refuses to allow Echo to leave until she tells what she knows. Echo let’s it slip that she is Rex’s bilogicial mother just as he enters the room. John turns Marty away when she tries to hand him Natalie amino records, which state that she had a DNA test conducted. James refuses to sleep with Starr.  And Kelly admits to Rex that she lost her mojo after breaking up with Joey.