Ethan and Maya are surprised, Tracy’s flat-out shocked and Luke is chagrinned – when they all learn Nevada’s rule of annulment. Ethan is carnally motivated to put off ending his marriage to Maya.

Patrick confronts Lisa and asks her to show mercy toward Robin. Lisa bargains – she’ll drop approaching the board if Patrick agrees to sleep with her.

Jason and Sam have a heart-to-heart that brings them into each other’s arms. Carly and Brenda clash.

Johnny assures Olivia that nothing indecent went on with Carly but gets frustrated when Olivia does not believe him.

Siobhan calls out Lucky on needing protection just as much as he thinks he needs to protect her. 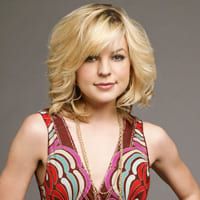