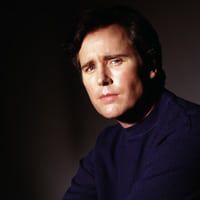 Bianca is surprised to find Caleb working on a holiday. He says Asher hates him, plus he’s spent 20 years on a mountain trying to forget holidays because of Adam Chandler. Asher accepts JR’s invitation to join the family for Thanksgiving dessert. He tries to get JR talking about Adam but JR prefers to talk about what they’re all grateful for. Alone with Colby, Asher tries again to get someone to talk about Adam and is surprised when she details what kind of man he is. Asher is brought into the police station for speeding. After sarcastically wishing his father a Happy Thanksgiving, Asher takes the free lawyer provided to him before Caleb can offer his help.

Brot takes Erica into police custody for the shooting of David Hayward. Angie insists Jake page David to perform surgery on David. Greenlee authorizes Griffin to operate on David. Ryan opens his door to find a bleeding Madison, who faints in his arms. Ryan realizes Madison was accidentally shot from the roof during his and David’s violent showdown.