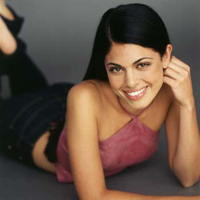 Melissa Claire Egan, who has starred on ABC’s “All My Children” as Annie Chandler since July 2006, and Robert Newman, who starred on CBS’s “Guiding Light” as Josh Newman for the better part of almost three decades, will guest star on the November 3 episode of CBS’s “Criminal Minds.”

“Criminal Minds” is a police procedural drama that is in its sixth season on CBS. Joe Mantegna, Thomas Gibson and Shemar Moore head-line the series. The November 3 episode titled “Middle Men” finds the BAU team searching for the murderer(s) of three exotic dancers in Indiana, while a forth exotic dancer has gone missing. Suspicion falls onto three young men when it’s discovered that they capture women, and then release them in corn fields only to hunt them down again. Newman will play no-nonsense Sheriff Salters. Salters will clash with Gibson’s character when it’s discovered that a mole in the Sheriff’s department is leaking information about the case to the murderer(s). Egan will play Tara. Tara is an employee at one of the dance clubs that the murderer(s) has struck at.

Former “Passions,” “Days of Our Lives” and soon-to-be “All My Children” (Spoiler Alert: It has been confirmed that her “AMC” character Cara will indeed be Dr. Jake Martin’s ex wife) star Lindsay Hartley heads to the CW’s “Smallville” on November 12. Justin Hartley, who has been a series regular since 2008 as the Green Arrow, will not share screen-time with his real-life wife, Lindsay. Look for Lindsay’s character Harriett, a minion of the evil elder Granny Goodness, to clash with Tom Welling’s Clark Kent in the episode titled “Abandoned.” In a pretty cool sweeps move, look for “Lois & Clark” graduate and current “Desperate Housewives” star Teri Hatcher to also make an appearance on this episode as Lois Lanes’ dead mother, Ella. “Smallville” is in it’s tenth and final season.