(SoapOperaNetwork.com) – Eddie Matos pays a spiritual visit to the town of Pine Valley.

Soap journalist Michael Fairman is reporting that Eddie Matos has joined the cast of “All My Children” in the recurring role of Ricky Torres, a minister.

Matos has appeared on CBS’s “The Bold and the Beautiful” in the role of Charlie Espinada, ABC’s “Port Charles” in the contract role of Ricky Garza, and “General Hospital” in the recurring role of Professor Pete Marquez. His prime-time credits include a starring role on CBS’s “Cane” and a guest appearance on FOX’s “House.” Currently, the 38 year old is starring as the commercial spokesperson for State Farm Insurance.

Matos first airs as Ricky on Monday, December 6. Look for the man of the cloth to offer some words of support to a prominent Pine Valley resident. 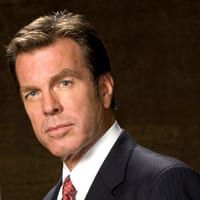