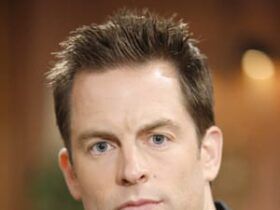 Todd and Dani are rocked by Ross’s surprise arrival on their doorstep. Ross confirms that he sent the mystery text to Dani, claiming that he was coming for her. Todd presses Ross about his connection to Eli’s reign of terror and Ross insists that he was in the dark about Eli’s crimes.

Ross produces Téa’s will which names him Dani’s guardian. Greg examines Eli and diagnoses him with a subdural hematoma.

Kelly rousts Dorian from her self-imposed exile in her bedroom. Kelly refuses to let Dorian wallow, says her constituents need her and drags her to the Palace for a meeting with Bo and Nora. Clint tells Inez the Buchanan history where Nora is concerned. Kelly seeks out Rex and offers him a job.

Layla suggests she and Cris extend their engagement for a year. Cris is unenthusiastic but finally is convinced that they can make a long-distance relationship work.

Gigi confesses to Rex that her first day at college was a bust. Gigi decides to try her hand at Cris’s art class.