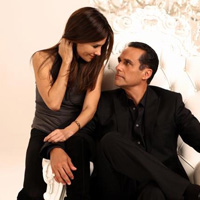 Dante pressures Jason and Spinelli to help prove Sonny’s self-defense plea. Johnny surprises Lucky with a job offer to work for him.

As Sam questions Jason about Brenda, Jason realizes she is feeling insecure about Brenda’s return onto the landscape of their lives. Jason assures Sam that he loves only her always.

Sonny and Brenda’s eyes meet just as thugs attack her.

Robin discovers Emma’s favorite toy – tubby puppy – boiling in a beaker of hot water in her lab. Lisa tricks a fellow doctor so she can work with Patrick in surgery.

At the country club pool, Michael reveals he still has prison issues when Kristina’s friend, Blair, starts to flirt with him.