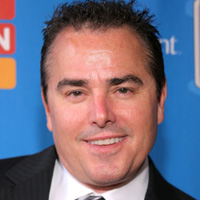 (SoapOperaNetwork.com) — He's best known for portraying the role of Peter Brady in the 1970's sitcom "The Brady Bunch," but on Wednesday, September 15, Christopher Knight will bring some medical experience to CBS' "The Bold and the Beautiful."

Knight will portray Dr. Andrews, who is will oversee the health and welfare of Bridget (Ashley Jones) and Owen's (Brandon Beemer) new baby boy, who was born on the Friday, September 3 episode. "I've never played a doctor before," said Knight in an interview with Soap Opera Digest. "It should be fun and will be very interesting if I have to learn some of those medical phrases [laughs]. But I'm looking forward to it."

In addition to his role on "The Brady Bunch," Knight has appeared in such shows as "That '70s Show" and "Less Than Perfect." For three seasons he starred in his own reality series on VH1, titled "My Fair Brady." In the series, Knight was looking for love and found it in the form of Adrianne Curry ("America's Next Top Model"). The two were married in May 2006 in Joliet, Illinois.

Former "Brady Bunch" co-star Susan Olsen (Cindy Brady) appeared on CBS' "The Young and the Restless" on the Wednesday, September 1 episode of the soap as Lisa Morton, owner of a pre-school in Genoa City.