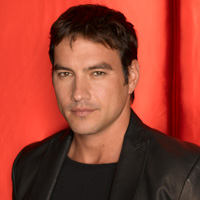 (SoapOperaNetwork.com) — Fans who attended the Tyler Christopher headlined fan event during the "General Hospital" Fan Club Weekend in July were treated to inside scoop in which the actor revealed that he'll be working closely with actress Adrianne Leon, in what looks to be a "Pretty Woman" themed storyline. Now, fans can expect their first glimpse of said storyline beginning next week on the ABC soap.

The storyline is sure to create a firestorm with online fans who have been clamoring for a true romance between Nikolas and Elizabeth Webber now that the two are parents to a newborn baby. Elizabeth's portrayer, Rebecca Herbst, is currently on maternity leave after giving birth to her third child with former "GH" co-star Michael Saucedo (ex-Juan Santiago).