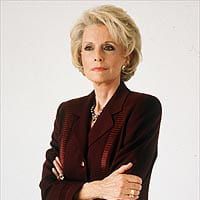 Téa tells Todd and Danielle she has only weeks to live. She also informs them she wants them to all to say their goodbyes now while she still has her faculties and be sent to hospice alone.

Layla decides to return to work, unaware that she holds a key piece of evidence that identifies Eli as Bennett Thompson. Blair confronts John with the information that Kelly told her about Eli and blasts John for pursuing an investigation founded on nothing. Eli learns that Hannah survived the pill overdose.

Layla delivers the news to Blair and John that Evangeline died. John learns that Layla is in possession of Evangeline’s file on Bennett Thompson and Eli overhears. Cristian is attacked by Eli.

Cole and Ford both agree that James should stay away from Starr. James thinks Cole is the source of Starr’s unhappiness and asks Starr if he has a shot with her.

James and Ford receive a visit from Inez and Nate.