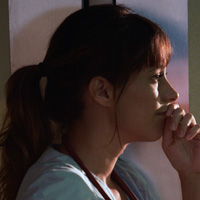 (SoapOperaNetwork.com) — A look at what’s happening on “General Hospital” during the week of August 23, 2010.

Brenda has no interest in being Franco’s latest muse. Jason and Sam face a continuous streak of danger but manage to make some time for romance. Dante fights for Lulu on Wednesday, August 25. Michael discovers that his mother is pimping out Brook Lynn. A desperate Brook Lynn tries to deceive Carly on Friday, August 27. Nikolas is disheartened after overhearing Elizabeth’s confession. On Thursday, August 26, Nikolas decides to put Elizabeth’s happiness ahead of his own and lets her and the kids go.

The Inside Story: Mad World
Patrick finds Emma with Lisa back at their home. Robin and Patrick confront Lisa for essentially kidnapping their daughter. Seeing no other choice, Patrick confesses his infidelity to Robin on Tuesday, August 24. A shattered Robin kicks a devestated Patrick out. Robin tells Lisa that she will kill her if she comes near Emma again. Lisa confronts Lucky about Robin’s threat. On Wednesday, August 25, Robin has a melt down in front of everyone at the hospital. Patrick pleads with Robin to give him another chance. Lisa files an official report against Robin. Lisa points the finger at Robin when she discovers her locker trashed and covered in blood. On Friday, August 27, Patrick and Robin come to the unsettling conclusion that Lisa is mentally deranged. Patrick’s apologies continue to fall on deaf ears. Lisa throws herself in front of Robin’s moving car.

A Closer Look: Star-Crossed
Jax tries to get Claire to see the light where Sonny is concerned. Sonny adamantly claims self-defense after shooting Johnny. Ronnie arrest Sonny for first degree murder after disposing of Johnny’s gun. Sonny asks for Dante’s help. Claire pulls the rug out from under Sonny when she takes out a tape recording of Sonny telling her about his plot to murder Johnny and claim self-defense on Tuesday, August 24. Lucky questions the absence of Johnny’s gun. Michael pleads his father’s innocence. Ethan assures Kristina she’s not responsible for what happened to Johnny. Sonny pleads with Dante to believe him. Olivia begs an unconscious Johnny to come back to her. Dante tells Sonny that he believes him. Diane berates Sonny for trusting Claire. On Friday, August 27, Sonny flashes back to the time he discovered Brenda wearing a wire to incriminate him. Brenda, meanwhile, reminisces of a more romantic moment in her history with Sonny before accepting Murphy’s marriage proposal. Sonny and Brenda appear to be on a collision course.