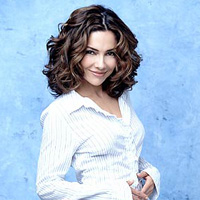 (SoapOperaNetwork.com) — If you thought you couldn't get enough of Brenda Barrett and her portrayers return to ABC's "General Hospital" next month, SOAPnet.com has more Brenda, Brenda, Brenda for those of you who just can't get enough.

Beginning Saturday, July 17, SOAPnet.com will begin counting down to Vanessa Marcil Giovinazzo's return to the soap with "classic and key moments" in Brenda's history each day until her first airdate on Wednesday, August 11. SOAPnet.com's decision to showcase the characters history over the course of 25 days follows in line with corporate sibling ABC Family's annual "25 Days of Christmas."

"Remember when Sonny busted her with the wire? Or when they went to Puerto Rico? Or when Brenda met Jax? We'll be showing all those moments and more – one new moment added each day," the online portion of the SOAPnet cable network said.

With SOAPnet on its way out in 2012, it does seem interesting that the network never thought of doing a "25 Days of Classic Soaps" theme at some point during the year to drive up its viewer base as ABC Family had done over the years allowing it to grow into one of the most watched cable networks and a financial success to The Walt Disney Company, who was accused of overspending on the network in the early 2000's from News Corporation (when the channel was then known as FOX Family).