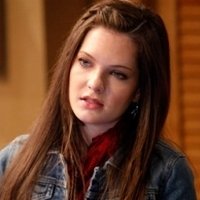 Cris and Layla are shocked to find Evangeline in the hospital on a ventilator. Layla is faced with a tough decision about keeping her sister on life support.

Blair tells Todd that Eli proposed and he tells her she should accept. Blair calls Eli and leaves him a message that she’s ready to give him an answer.

Starr rushes into James hospital room with Cole after hearing he’s out of surgery. Cole is unsettled by their connection. James and Ford talk about the past and Ford says he will protect James this time from their father. Ford tells Cole to keep Starr away from his brother.

John and Marty bring Nora up to speed on Hannah’s request for immunity in exchange for identifying who pushed Marty and Nora says she can’t do it. Eli threatens Hannah, reminding her of what he is capable of doing.