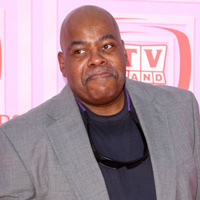 velJohnson is will be playing the role of Ed and his first airdate is set for Thursday, July 29.

In 2010, the actor has appeared in episodes of Disney XD's "I'm in the Band" and the online series "Funny or Die Presents…"

Look for Clifton to make his first appearance on "The Bold and the Beautiful" starting this Monday, July 19.