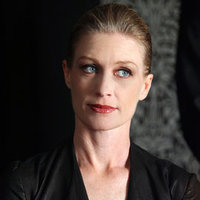 (SoapOperaNetwork.com) — After a 3 1/2 month stint on NBC's "Days of our Lives," Jessica Tuck finds her character, Madeline Peterson Woods, ready to bite the dust on next weeks episode after an argument with her son.

On Monday, July 19, Madeline and Chad (Casey Deidrik) find themselves in a heated argument after Chad learns that his mother was once a call girl. The two are at the Salem Pier and after trying to get her son to listen to reason, Madeline grabs Chad's arm and she loses her balance and hits her head on the ground. Afterward, she is rushed to the hospital where she is later declared dead by Dr. Lexie Carver (Renee Jones). While  it seems a son may have caused the death of his mother due to an unthinkable mistake, sources confirm that a twist will take place in which the blame will not be on Chad's lap. Of course, Chad's daddy might not agree.

Tuck joined the "DAYS" cast on Wednesday, April 7 as the wife of Charles Woods (David Leisure) and mother to Chad.