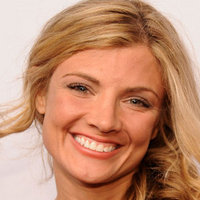 (SoapOperaNetwork.com) — Perhaps best remembered for her controversial exit from sister soap “All My Children,” Sabine Singh lands a recurring role on “One Life to Live.”

For most of 2007 Singh portrayed Greenlee Smythe on “AMC,” replacing the original Greenlee (Rebecca Budig) in the role.  However, less than a year later, she was fired so the show could bring Budig back to Pine Valley, even running promos touting Buding as “the real Greenlee.”

Singh makes her return to Llanview on Tuesday, June 15th (she played a coffee shop waitress on “OLTL” in 2002), as a hooker named Wendy, when she and her gal pal Fawn are treated to a night on the town with David Vickers (Tuc Watkins) and Matthew Buchanan (Eddie Alderson).