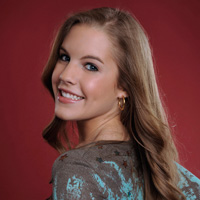 (SoapOperaNetwork.com) — On the run.

Matthew confides in David that he and Dani ended their relationship. Hoping to cheer up his little brother, David arranges for the two of them to have a night on the town with a couple of female escorts. On Tuesday, June 15, it appears that Matthew may be on his way to becoming a man. However, he, David, and their two female acquaintances are soon spotted by Destiny. Elsewhere in Llanview, Todd races to Téa’s after learning of her brain tumor. On Wednesday, June 16, Todd wants to take Téa to her treatment session, however, she wants them to go to Starr’s graduation first. Later, Todd tells Téa that she has his full support. And Layla wants to go to Maryland with Cristian to break the news of their engagement to her mother on Friday, June 18.

The Inside Story: Who Done It?

On Monday, June 14, Jessica confesses to Brody that she was with Ford the night he was bludgeoned. Ford tells John he doesn’t remember who attacked him. John informs Jessica and Brody that Ford is alert and talking. While he can’t remember the identity of his attacker, Ford is able to corroborate Langston and Markko’s stories on Tuesday, June 14. Jessica fears that her memories of Mitch while with Ford prompted Bess or Tess to temporarily take control. Langston chats with Blair about the guilt and remorse she feels over what she did to Markko. Dr. Levin reassures Jessica that there is no evidence that her alters have returned. At the same time, Ford informs John that he now remembers everything. Langston apologizes to Cole. And on Friday, June 18, John overhears Hannah putting the screws to Marty, and begins to question the girl about Marty’s fall and Ford’s attack.

James races out of the hospital and carjacks Starr and Hope. He stops the car several miles down the road, thinking he has elluded the person who was following him. Starr demands to know the truth on Monday, June 14. Meanwhile, Danielle and Nate find a bag of money at the quarry; James later comes to retrieve it only to find it missing. Dorian makes a toast in honor of Starr and Langston on their graduation day, on Wednesday, June 16. James receives a threatening phone call from Bull, warning him that Starr will pay if he doesn’t get his money back. Starr is dragged away after receiving her diploma. On Thursday, June 17, Starr, who has been taken to an empty classroom by James, demands to know what is going on. James tells her that he stole $50,000 from Bull’s boss. Meanwhile, Nate hides the money in his backpack, and is worried that someone may come after him. Across town, Eli arranges for a new bail hearing for Cole, who surprises everyone at the graduation party when he comes looking for Starr. By Friday, June 18, Cole and Langston work to find Starr. Cole and Hope have a heartwarming reunion. Starr hides James in Viki’s cabin. Nate gives his mother a huge check to help save their home. James tells Starr that he took the money from his abusive father, who sent Bull to track him down, and that he came to town to find his brother and enroll in Llanview University.