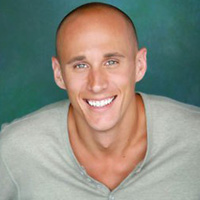 (SoapOperaNetwork.com) — Despite Michael’s (Chad Duell) wishes that Jason (Steve Burton) stay out of it when it comes to Carter’s treatment of him, Jason takes matters into his own hands when he kills the prisoner on the Friday, June 11 episode of ABC’s “General Hospital.” Of course, being cliffhanger Friday, look for actor Josh Wingate, who portrays Carter, to exit the soap on Monday, June 14.

Wingate joined the cast of the soap in May as Carter, shortly after Michael was sentenced to five years in prison for killing his step-mother last fall. In a first for daytime, it quickly became apparent that Carter was possibly sexually abusing the young boy despite his father being the biggest crime boss in the North East, that being Sonny Corinthos (Maurice Benard).

In an interview with TV Guide.com’s Michael Logan, “GH” Head Writer Robert Guza Jr. explained that while many have assumed that Michael had been raped multiple times by the prison inmate, “I have never confirmed that he was and I’m not about to.”

“Our focus right now is on the horrific experience of an 18- or 19-year-old who is thrown into a terrible situation like this,” said Guza. “I just didn’t want to make the story more specific at this point. However, that’s not to say that I won’t be getting very specific in three or four or five months down the line. This situation is going to rear its ugly head in a big way and Michael is going to have to deal with it. This is a story that needs to be parceled out.”

According to ABC, as Carter crumples to the floor dying, he tells Jason, “Franco says hi.” That being the character of Franco, played by James Franco, who is returning to the soap later this month.

In addition to his work on “General Hospital,” Wingate has appeared in such television shows as FX’s “Justified” and ABC’s “FlashForward.” He can next be seen in the films “Priest” and “Fuzz Track City.”