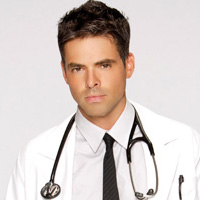 Michael realizes that Jason is going to attack Carter and begs him not to take the risk.

Brook offers to be the go-between for Sonny and Dante. Lulu and Sonny run into each other, and Lulu makes it clear she will never forgive Sonny for shooting Dante. Lulu tells Dante that Brook has moved next door and is unnerved he is happy about the news. Dante assures Lulu of his love and they have sex. Brook knocks on Dante’s door dripping wet in nothing but a towel.

Elizabeth considers breaking her sons’ trust to invest in the trial pharmaceutical company.

After a successful surgery, Lisa fuels Patrick’s jealousy by inviting Steve to their dinner.