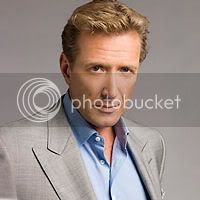 Erica talks about her past hoping Caleb will do the same. All he’ll say is there was a woman in his life but doesn’t give any further details. Jackson and Erica are reunited when Erica and Caleb return to the cabin. Upon leaving the woods with Jackson and Krystal, Erica tries to find Caleb to thank him but he’s nowhere to be found. Opal warns David that according to her tea leaves something bad is going to happen to him. Bianca gets a call from Erica, letting her know she’s alive. Bianca insists that she will get to the bottom of the Miranda Scandal.

Annie tells JR she slept with Scott. JR suggests they figure out a way to coexist and be a family. While the two pretend their relationships with Scott and Marissa are satisfying, it’s obvious the sexual tension is still there.