OLTL PreVUE: Week of May 10 Edition

Otto tells Rex and Gigi that he made the necklace but isn’t sure who he sold it to on Monday, May 10. Back at the motel room, Rex is certain the man knows more than he’s saying. Meanwhile, Otto looks through an old lock box. Later, Rex and Gigi break into the jewelry store, where they discover the box. However, Otto catches them before they can open it on Wednesday, May 12. As they are being taken to jail, Penny wonders why her father won’t help them. Elsewhere in Llanview, Danielle confesses to Matthew that she kissed Nate. Later, Danielle has thoughts of Nate. Ford asks Langston to skip the prom and spend the evening with him. Dorian realizes that Langston doesn’t seem very excited about going to the prom. “Starr X’d Lovers: The Musical” begins on Friday, May 14. Kelly is surprised to learn that Dorian hired Shaun as her bodyguard. Kelly and Reed leave for their date in New York City, with Shaun tagging along.

The Inside Story: Guilty Until Proven Innocent

Hannah implies to Todd that she’ll change her testimony if he’ll agree to drop the charges against Cole on Monday, May 10. Todd refuses to back down, however, and promises to settle the score with her once he clears his name. Starr confides in Langston about Cole, who does the same thing with Markko. Cole learns Todd threatened Hannah on Tuesday, May 11, and that Starr told her father about Hannah’s overdose. At the same time, Nora bursts Starr’s bubble when she tells her that nothing can be done to get Cole out of jail. Afterward, she goes to visit Cole only to see Hannah outside his holding cell. Starr and Cole each feel guilty following an argument. Meanwhile, Blair keeps Tea’s secret when she visits Todd at the hospital, but later tells Téa that she must be the one to tell him. John arrests Todd. Téa gets all choked up while helping Dani pick out a prom dress. Marty has a difficult time mourning her loss. Cole and Todd butt heads when they are placed in adjoining cells on Wednesday, May 12. Todd informs John of Hannah’s blackmail attempt. Even so, Cole continues to defend the girl. Todd proclaims his innocence and says that the real culprit is still on the loose. Starr goes after Hannah, whom John spots wearing a jacket with the same fibers as those found at the crime scene. After spending a fun day with her daughter, Téa is convinced by Blair to begin treatments the following day. By Friday, May 14, Starr is depressed because Cole can’t take her to the prom, and is hurt after overhearing a conversation between Cole and Hannah. And Dorian wonders why Blair is suddenly bosom buddies with Téa.

A Closer Look: The Truth Is Out There

Layla thinks Cristian is being overprotective of Jessica when Ford tries to put the moves on her. Natalie confirms Roxy’s suspicion that she is only running away to London to avoid bumping into John. With Roxy’s encouragement, Natalie pours out her true feelings in a letter, which she plans to leave in his office at the police station. On Thursday, May 13, she successfully places the letter on John’s desk, and slips off undectected. However, not realizing it came from Natalie, John is called away on police business before he can read it. Unfortunately, Marty discovers the letter and sticks it into her purse after reading it. Meanwhile, Jessica accuses Cristian of being jealous when Ford hit on her. Even though he denies it, Cristian isn’t able to swear that he wasn’t. Clint and Viki are relieved about Jessica going to the prom after a chat with Marty. Jessica and Layla get into a spat at Foxy Roxy’s while they get all fixed up for the prom, along with Destiny, Danielle, Langston, and Whitney on Friday, May 14. Jessica confesses that Cristian still has the hots for her and that they nearly kissed. The confrontation at the salon puts the ladies in a musical mood. Across town, Carlotta interrogates Cris on his feelings for Jessica.

OLTL Alerts: Week of May 10 Edition 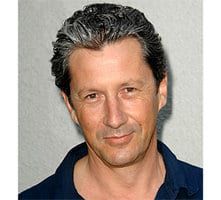 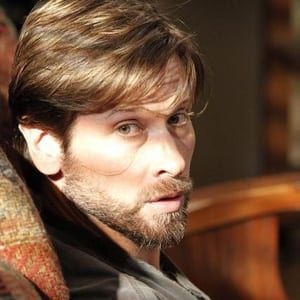