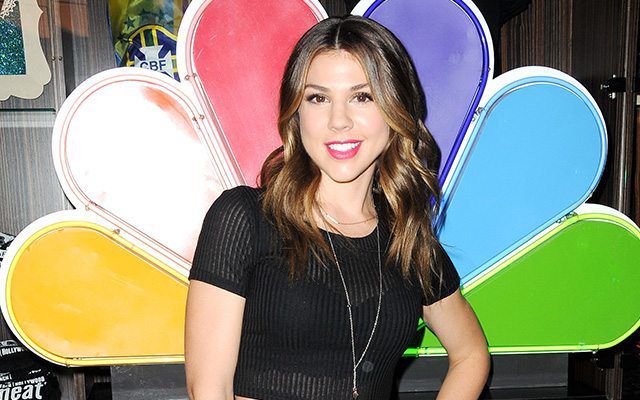 Lenny Platt will make his return to Llanview (he appeared as James in a 2008 episode of “OLTL”) starting Monday, April 12th at Nate Sallinger, the teen chosen to play Cole Thornhart in Langston’s play about her best friend Starr’s turbulent life. The role is recurring and expected to last through the spring.

Also cast in the musical, in an unknown role is Tramaine Montell Ford. The past several days the actor has made numerous posts on his Twitter page concerning the taping of the big event on the “One Life” set. Ford states this will appear on screen from “April through May.” You can also view a video of him sharing a cab ride through New York City with Kristen Alderson (Starr), in which they talk about the show. In addition, Alderson talks more about the taping and recording of songs for the big musical number on her Twitter page. A first airdate for Ford has not been announced.

And for more behind-the-scenes information about “One Life to Live,” check out the Twitter page of Megan Gerth, who visited the set this week with one of her friends. Gerth has made dozens of tweets about the taping of the musical, meeting the cast members, dayplayers and extras, and her trip to the Big Apple. Some highlights include Gerth discussing how Brandon Buddy (Cole) wasn’t around during some of the taping of the musical, listening to an extra bash the soap and how it would probably get cancelled, and mentioning that Shaun Ringgold (Sean) was taping some more scenes.

Alice Barrett returns as Dr. Morrison again on Monday, April 19th, when she shares some interesting news with Marty following her accident.

“One Life to Live” has released a new audition script for the role of a “Wedding Singer.” Could this mean that a Bo and Nora wedding in the future? There is also a new script out for “Murray.” Information on both casting calls is sketchy at this time, however, SON will bring you updates as more information becomes available.

Bree Williamson (Jessica) tweeted on Monday that “Whoa! Long day at One Life today!!! Super tired… Going home to lay on the couch!” And on Thursday she said that “We have been shooting the musical all week at One Life! I wish I could tell you what my song is but I can’t Cher that info yet!”

Music Director Paul Glass writes that it was “Another huge day working on the musical! We have been going day and night for a couple of weeks….really excited how it’s coming together!”

And look for more dayplayer roles in upcoming episodes, including April 13th and 16th, as well as May 3rd and 11th.