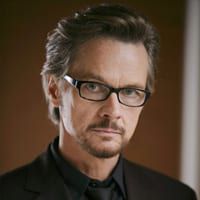 Jason upsets Kristina when he gets too close to the truth. Sonny reprimands Jason for going after Kristina. Sam bristles when Jason admits he has doubts about Kristina’s story. Kristina begs Sonny not to have Ethan killed but he refuses to make any promises. Ethan doesn’t fight back when Sam begins pummeling him.

Although tempted to make his presence known, Michael hides when Dante shows up on the island.

Nikolas sees how disappointed Elizabeth is that Lucky isn’t the father of her baby.