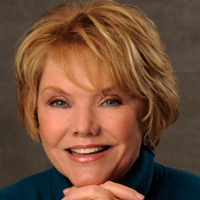 (SoapOperaNetwork.com) — The six-time Daytime Emmy winner will soon be back at work after undergoing back surgery.

Slezak’s fan club president informed fans on Sunday that “We spoke with Erika to congratulate her on her [Daytime Emmy] pre-nomination. She is doing well and will return to work at the new studio on March 10. She also sends a sincere and very big thank you to all the people who have sent her such lovely get well cards.”

The actress, who plays Viki Banks,  took a medical leave from “One Life to Live” in late January to have the procedure.  Portraying the sole suriving original character in Llanview, Slezak joined the cast on March 17, 1971.  During her recent absence, the show moved into the old “All My Children” studios a few blocks away.

In addition to her record number of Emmy wins, Slezak also shares a Soap Opera Digest Award for Best Couple (from 2000) with Mark Derwin (ex-Ben Davidson).  In addition, she has also garnered a number of other accolades throughtout the years.  Slezak won the 7th Annual Daytime TV Readers Poll for Best Actress in 1977, Soap Opera Update MVP Awards for Best Actress in 1989 and 1990, and the storyline where Viki was diagnosed with breast cancer won “OLTL” the first annual CBD Sential for Health Award in 2000.

Although Slezak returns to taping at the “One Life” studios on March 10th, those scenes will likely not air until sometime in April, given the soap’s current production schedule.  Her final scenes taped before her medical leave will air on Friday, March 12th, when Viki announces to Charlie that she is leaving for London with her granddaughter Bree to visit family in the U.K.