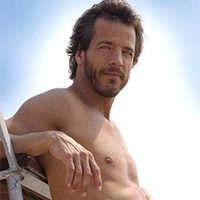 (SoapOperaNetwork.com) — Bradley Cole, best known for his role as Jeffrey O’Neill on the CBS daytime drama series “Guiding Light” is joining the cast of ABC’s “General Hospital” in the role of Carlton Bauer, Kiefer’s (Christian Alexander) father. UPDATE: The soap has renamed Cole’s character to Warren Bauer according to ABC sources.

According to ABC, the actor will make his debut sometime in March. His character is expected to go toe to toe with Sonny Corinthos (Maurice Benard) whose daughter Kristina (Lexi Ainsworth) is dating his son. Kristina and Kiefer are currently involved in a teen abuse storyline in which Kiefer has been abusing Kristina on numerous occasions.

Cole’s appearance on “General Hospital” marks a reunion of sorts for Laura Wright (Carly Corinthos Jacks), who portrayed the other half of “Guiding Light” super-couple Cassie Winslow and Richard Winslow (also played by Cole). The duo dominated soap magazines and polls during the height of the couple-dom from 2000-2002. The character of Richard was killed off following serious injuries sustained from a car accident and the hands of Cassie’s sister Reva Shayne (Kim Zimmer), who pulled the plug on his life support after he had asked her to.

It would appear that Cole’s appearance on “General Hospital” is scheduled for a couple of episodes, but it is possible it may lead to something more down the road.

The Los Angeles, California native appeared in a couple of episodes of “All My Children” in 2003 as Jordan Roberts.