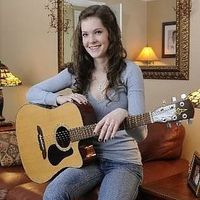 (SoapOperaNetwork.com) — According to reports, “One Life to Live” has tapped musician and Broadway star Meghann Fahy as Hannah.

SON is working to confirm that Fahy has landed the new role, which is supposed to cause some friction between Starr and Cole, and is described as an honor student and cheerleader at Llanview University. For more details on the Hannah audition script, click here.

The 19-year-old Fahy made her Broadway debut last spring as an understudy for the character of Natalie in the play “Next to Normal.” She has also appeared on “Gossip Girl,” and has released two albums. In addition, she has sung the National Anthem numerous times before basketball and hockey games in Springfield and Harford, Connecticut.

SON will continue to update this story.

Terrell Tilford (Greg Evans) tweeted on January 9th that he was shooting scenes with Erika Slezak [Viki] & Jerry VerDorn [Clint] this AM! they inspire me!” Three days later he wrote that was “Shooting with Frankie Faison (as my dad) and Tonye Pitano (as my mother) tomorrow…how awesome is that!? Then with Erika & Jerry again!” Tilford also comments that he had “2 scenes down…8 more to go,” and that he “had a really looooonnnngggg day shooting today [January 12th]… yeah I know, ‘get over it!’ hmmm, okay I have. time for a glass of malbec.” And the actor was apparently on set when Snoop Dogg recently taped his upcoming February 24th appearance tweeting, “Good hangin’ with Snoop and FOI at ‘OLTL’… keepin’ it real!”

And Tika Sumpter (Layla) tweets that she was on vacation in Costa Rica from December 14th until January 6th before returning to the set.