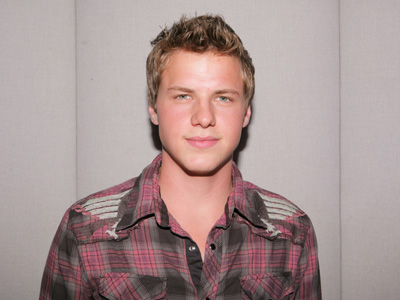 (SoapOperaNetwork.com) — “The Young and the Restless” star Kevin Schmidt (Noah Newman) has booked the lead role in the Cartoon Network pilot “Unnatural History.”

“History” tells the story of Henry Griffin (Schmidt), a teenager who has acquired exceptional skills during his travels around the world with his anthropologist parents. He faces his greatest challenge when he returns to the United States to attend High School. Rounding out the cast will be Jordan Gavaris (“Degrassi: The Next Generation”) and Italia Ricci (“Greek”). According to The Hollywood Reporter, Gavaris will play Jasper, Henry’s cousin, and Ricci will play Maggie, a classmate of Henry’s. Production will begin later this month in Toronto. The script was penned by Mike Werb (“The Mask”). Warner Horizon TV will produce the project.

At this time it is unclear if Schmidt will depart “Y&R” if the show receives a series order from Cartoon Network. Most recently the actor appeared in the Disney Channel original movie “Princess Protection Program” along-side tween superstar Selena Gomez.