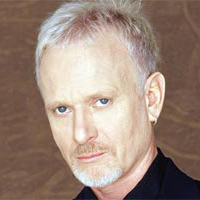 Michael wakes up to find Lulu at his side and wonders what’s happened to him. Unable to reach Carly because she’s turned her phones off, Lulu finally contacts Sonny with the good news about Michael. Sonny shares an emotional reunion with his son and sends Jason to let Carly know what’s going on. Michael questions why neither Sonny nor Carly were with him when he woke up and doesn’t remember the shooting. Michael has a brief memory of seeing Jax leading Carly out of his room before he woke up. Carly races to Michael’s side and doesn’t pick up on the fact that he’s slightly cool towards her. Claudia worries that Michael will remember her confessing her guilt during the visits she paid him.

Holly evades Luke’s questions about Ethan. Tracy sees red when she finds Holly with Luke. Ethan stuns Lulu when he tells her he might be her brother. Holly arrives on Patrick’s doorstep looking for a place to stay.

Alexis grills Rebecca about the time she spent in Greece, still certain that she’s working with Helena. Rebecca gives Alexis two weeks to dig up any dirt on her, saying she’ll keep her hands off Nikolas during that period. Alexis asks Rayner to do a background on Rebecca and he agrees under the condition that Alexis go out with him.