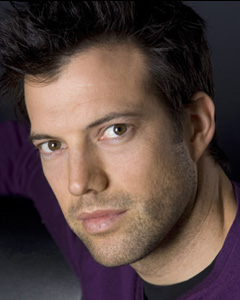 (SoapOperaNetwork.com) — Casting happenings for the month of July on “All My Children.”

Now that the District Attorney has been murdered too, look for Assistant District Attorney Andrew Willis to take over Stuart Chandler’s (David Canary) murder investigation and trial. A.D.A. Willis, played by Lorenzo Pisoni, was first seen on Friday, July 10.

Pisoni has appeared in numerous theatre productions, probaby most famously opposite Daniel Radcliffe in the Broadway production of “Equus.” “Equus,” a Peter Shaffer play, is about a young man who has a disturbing fixation on horses and it is of course the play that so famously showcased a nude “Harry Potter.” Pisoni played Nugget, the horse (and stable boy) that Radcliffe rides and comes to see as a godlike presence. The handsome actor is also a talented circus performer. Pisoni spent twenty years working in the family business and has performed in the prestigious Cirque Du Soleil.

Pisoni will air as A.D.A. Andrew Willis through at least early August.

Kieran Campion will make one more appearance as the murdered District Attorney Henry North. North was last seen as a rotting corpse on Wednesday, July 8.

Jennifer Bassey returns to “All My Children” for at least four episodes starting on Tuesday, July 21. Marian will put the pressure on her daughter, Liza (Jamie Luner), and according to Nelson Branco’s Suds Report column she also returns to put some pressure on a gun trigger. Bassey was last seen on “AMC” for a cluster of performances surrounding the death of Marian’s husband, Stuart, in May.

Speaking of Stuart, David Canary will reprise the role of Adam Chandler’s good-natured twin on Friday, July 24 for a beyond the grave visit to the main suspect in his murder, Kendall Hart Slater (Alicia Minshew).