Home / News / ‘OLTL’ Star Fired for Not Being ‘Gay Friendly’ 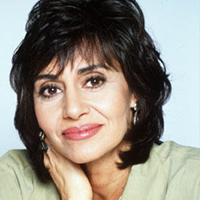 (SoapOperaNetwork.com) — Patricia Mauceri, who has portrayed Carlotta Vega on “One Life to Live” since 1995, has been fired from the show for what is said to be her refusal to participate in the soap’s upcoming gay storyline.

Daytime Confidential broke the news of Mauceri’s firing earlier this afternoon, claiming they were informed by a ‘setside source’ that the actress reportly flat-out refused to play a small role in the in gay-themed plot involving Oliver Fish (Scott Evans) and Kyle Lewis (Brett Claywell), which resulted in her dismissal by her “OLTL” employers. The show has subsequently hired another actress to take over the role.

Mauceri, who is also known to soap fans as Angie Perrini Frame on “Another World” (1977) and Andrea Andropolous on “As the World Turns” (1980), joined the cast of “One Life to Live” in 1995 as the widowed, overprotective Catholic mother of sons Cristian and Antonio Vega. In the beginning, Carlotta was employed by Dorian Cramer Lord as a maid, but managed to save up enough money over time to quit her job and reopen the family diner she had started years earlier with her late husband. She was bumped from contract to recurring status with the show in 1999, and has only been seen sporadically as Carlotta has been downgraded to a background character for much past decade. She was last seen in late March, during a farewell party for her son Antonio (Kamar de los Reyes), who left Llanview in search of the elusive mobster Carlo Hesser.

According to the source, “Carlotta was supposed to have a small role in the upcoming ‘Kish’ storyline. She objected to Carlotta’s positive attitude about homosexuality, saying it conflicted with her personal beliefs.”

Exactly how Carlotta will fit into the gay storyline remains to be seen, however, the show is alleged to be considering taking the plot in a different direction and going against the norm by making the Vega family matriarch a ‘gay friendly Latina mom,’ which apparently didn’t well with the “One Life” vet.

Taking Mauceri’s place as Carlotta will be Saundra Santiago, best known to “OLTL” fans for the role of Isabella Santi during the infamous summer of 2004. Outside of her previous stint in Llanview, Santiago has also appeared on “Guiding Light” as Carmen Santos, from 1999-2002. In addition, the former “Miami Vice” star took her character of Det. Gina Navarro Calabrese to Salem for an episode of “Days of Our Lives” in the mid-1980s. More recently, the actress appeared Jean Cusamano on HBO’s “The Sopranos.”

Santiago’s first tape date was last Friday. Look for her to appear on-screen as Carlotta sometime in late July or early August.  The role is expected to remain recurring.

Mauceri becomes the second soap star in recent weeks to have a falling out with the powers that be over planned controversial homosexual storylines. Just last month, Chris Engen quit the CBS daytime drama “The Young and the Restless” after learning that his character would become a possible love interest for another male character on the show, and that the two would soon be sharing an on camera kiss.

Soap Opera Network will continue to follow this story and have more details as they develop.