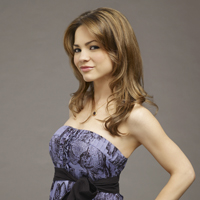 Claudia reluctantly accepts help from Ric and allows him to take her to the hospital when she keels over with abdominal pains. Claudia fears she’s losing the baby. Sonny opens up to Olivia about his complicated relationship with Claudia. Sonny heads to the hospital after being informed that Claudia has been admitted and both are relieved to learn nothing is wrong with the baby. Ric witnesses Sonny and Claudia sharing a close moment.

Elizabeth and Lucky both take responsibility for their past problems as they decide to make another go at it.

Rebecca pulls back from sleeping with Nikolas, leaving him extremely frustrated. With the launch temporarily out of commission, Rebecca is forced to spend the night at Wyndemere. Nikolas is thrown by the sight of Rebecca in one of Emily’s nightgowns. Nikolas has a nightmare about Emily’s death and awakens to find a comforting Rebecca by his side. Luke hopes Ethan turns out to be his son but Ethan doesn’t seem to feel the same way. Tracy remains convinced Ethan is pulling a con on Luke.