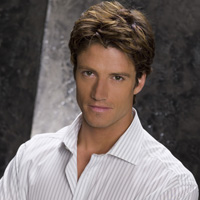 Sami and Rafe make love for the first time and profess their love for each other.

Philip grows increasingly worried about Stephanie’s whereabouts as he tries to track her down. Desperate, he calls Owen asking if he knows Stephanie’s whereabouts. Owen, looking down at Stephanie, covers. Discouraged, Philip crosses with Brady and questions Brady’s loyalty to the family. Meanwhile, Owen finally picks up EJ’s call and tells him that he has successfully kidnapped Stephanie.

Owen takes his next instructions as Stephanie awakens and realizes she has been kidnapped by the Kiriakis gardener and is being held in a morgue. Owen snaps Stephanie’s picture and sends it to EJ, using her phone. Stephanie tries to attack Owen, and he defensively slams her back into the drawer, telling her he will have to come up with a new plan to take care of her. Meanwhile, EJ finds Philip on the pier and tells him he has Stephanie.

Victor has his nurse administer Stefano’s final dose of insulin, and calls EJ to remind him that the deadline is at hand. Victor is confident he will win, but Stefano thinks his son will surprise Victor. Brady and Arianna have a scratchy first meeting. Later, they literally run into each other again when Arianna spills her coffee on Brady.