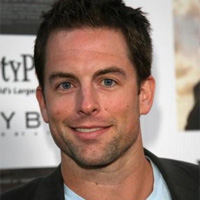 (SoapOperaNetwork.com) — In an explosive turn of events, “The Young and the Restless” has recast the role of Adam Wilson, Victor Newman’s son after a rumored falling out with star Chris Engen.

TV Guide Canada’s Nelson Branco, in an update to his Sud’s Report, broke the news this morning that sources were reporting that Engen had “quit” the CBS drama series after learning that his character would become a potential love interest of co-star Yani Gellman’s Rafe Torress.

“He [allegedly] refused to kiss [his same-sex] co-star Yani Gellman [Rafe]. Chris hasn’t been happy for a while. He doesn’t like the dark direction his character is taking. He’s called in sick a lot recently and has been taking a slew of meetings with Y&R’s [top brass] to discuss his future on the show. Chris is still under contract — and Y&R is seriously thinking of taking legal action.”

Taking over for Engen will be daytime newcomer Michael Muhney (prounounced mu-nee). The actor has had an extensive career in primetime via his work on UPN/The CW’s “Veronica Mars” as Sheriff Don Lamb and Det. Mark Farrell on USA Network’s “The Huntress.” In 1999, the actor starred in the short-lived CBS series “Turks.”

Muhney posted on his Twitter page that “the new job is the likes of which i have never done…and i get to indulge in some interesting, perverse, warped scenarios…”

At press time a last airdate for Engen had not been scheduled. Muhney’s first airdate is scheduled for Thursday, June 25 reports TV Guide.com.