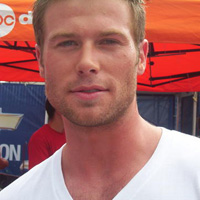 Erica busts Gayle, who doesn’t admit to any wrongdoing but does tell Adam she arranged for another nurse for him.

Zach attacks Adam, warning he’ll kill him if Ian doesn’t make it. Erica refuses to back up Adam’s allegations that Zach threatened him when Jesse and the cops arrive on the scene.

Knowing Jesse will be keeping Zach under scrutiny, Kendall promises Zach that she’ll take matters into her own hands if Ian doesn’t survive.

David tries to reach out to Marissa, claiming Krystal kept him in the dark as well but Marissa isn’t about to accept either him or Krystal as family. Marissa later overhears Krystal making an emotional appeal to David as she explains why she had to do what she did.

JR is left unsettled when Marissa tells him she’s Babe’s twin and wishes she never would have said anything.

Aidan tries to play Annie and almost succeeds in getting her to free him. Becoming more and more unhinged, Annie comes close to stabbing Aidan while insisting she’s going to take Emma and run away with her.