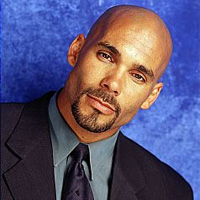 (SoapOperaNetwork.com) — The latest casting news for “One Life to Live.”

Stacy is confronted by her past on May 6th, when Eric Martin Brown arrives in Llanview as Stan, the former call girl’s boss from her Vegas show days. Stan, who was last seen in February, is looking to settle a debt with his former employee. Ken Schwarz appears as “Gravedigger #1” on May 15th, as one particular recent storyline comes to a climax. “OLTL” has recently released a casting call for the roles of Aurelia and Geraldo, which appear to be recurring. And the show is reportedly in the process of casting Rex Balsom’s comatose father, and is looking for a ‘big name actor’ to tackle the role.

Réal Andrews may soon be calling Llanview home. The actor, best known for his work as the tough-as-nail cop Taggert on “General Hospital,” commented recently that “One Life to Live” was ‘holding’ a role for him (after announcing last month that he had auditioned for the soap). Could it be the rumored miracle doctor Garrett, boyfriend to Rachel Gannon and big brother to Shaun and Destiny, that will help Matthew regain the use of his legs? Only time will tell, but indications are beginning to point in that direction. Also, is Evangeline Williamson (last portrayed by Renee Elise Goldsberry from 2003-2007) returning to Llanview? “OLTL” Head Writer Ron Carlivati recently commented to ABC Soaps in Depth that “Well, Evangeline is Layla’s sister. But you’ve got to give Layla a chance to get her foot in the door with Cris first. If Evangeline does in fact return, don’t be surprised if Layla’s sis is recast.” The character, who has been in a coma since December 2007 following being attacked by white supremacist Tate Harmon.

And finally, with the KAD serial killer storyline heating up, many fans have begun speculating as to the identity of the murderer. While agreeing to keep the matter hush-hush, SON can tell you that the sudden appearance of two familiar characters next month, may or may not have ties to the killer. But will they look the same, or not? For now, “OLTL” isn’t commenting. Regardless, it will spell bad news for all those involved. As for the identity of the two characters, all we can say is that this pair still have ties to the canvas, despite some time away from Llanview.