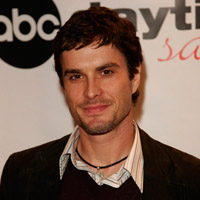 (SoapOperaNetwork.com) — As a new Michael is set to join the cast, “General Hospital” is ready to reduce the appearances of two contract players.

According to published reports, actors Rick Hearst (Ric Lansing) and Megan Ward (Kate Howard) have been bumped to recurring status by the ABC Daytime drama series. Ironically, Hearst recently re-signed a new contract after joining the cast in 2002. Ward joined the cast in May 2007.

Rumors began circulating last month that five stars from the soap would get the axe following recent budget cuts at ABC Daytime. It is understood that instead of being let go completely, both actors agreed to being placed on recurring status. At press time, an ABC spokesman had no comment.

In related news, Drew Garrett joins the cast as Michael Corinthos III beginning Thursday, April 24 (first day of May Sweeps). He replaces Dylan Cash, who had consistently played the role from March 2002 through May 2008. Cash last aired on December 29, 2008. Last year, Michael was shot in the head following an ordered hit on his father, Sonny Corinthos (Maurice Benard). The hit was ordered by Claudia Zacchara (Sarah Joy Brown), Sonny’s wife, but was carried out by Dr. Ian Devlin (Seamus Dever). Currently Claudia is playing cat and mouse with Jerry Jacks (Sebastian Roche), who recently came back from the dead and knows all about Claudia’s involvement in the hit.

Although Garrett joins the cast in April, don’t look for him to say a word until May, when Michael open’s his eyes for the first time in a year.