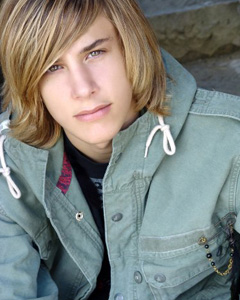 (SoapOperaNetwork.com) — “Days of our Lives” has found its new Will Roberts and he’s ready to give parents Samantha Brady (Alison Sweeney) and Lucas Roberts (Bryan Datillo) a wake-up call.

Starting Friday, February 27, look for Dylan Patton to step into the role of Will when he returns from spending an extended trip away from home with his Aunt Carrie and Uncle Austin, who ironically the character once called “Dad.”

“Dylan’s playing the same age Lucas was when I first came on the show. I like him. He’s a very good actor and an earthy, rugged dude,” said Bryan Datillo in a statement released via Soap Opera Weekly.

Will was last seen in November 2007, when he was played by actor Christopher Gerse. Christopher began playing Will in September 2003, but was let go in 2007 due to storyline purposes. Upon his return, he’ll be welcomed by his three younger siblings who are in desperate need of some older brother guidance.

Patton’s previous credits include guest-roles on CBS’ “Cold Case” and Disney Channel’s “That’s So Raven.” In 2008, he starred in the films “First Strike” and “So Others May Live.”