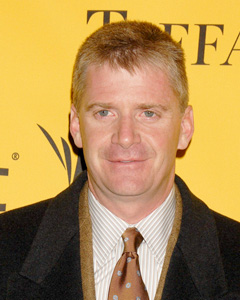 (SoapOperaNetwork.com) — NASCAR driver Jeff Burton (aka: JB) is set to appear on next months “General Hospital” during a cross-over promotional opportunity between the soap and NASCAR racing.

Burton, driver of the No. 31 Caterpillar Chevrolet Impala SS in the NASCAR Sprint Cup Series and a 21-time winner in NASCAR’s premier division, will trade in his driving experience for acting experience today while filming scenes with Jason Thompson, who portrays Dr. Patrick Drake on the ABC Daytime drama series. He will be playing himself, while Thompson’s character is said to be an avid fan of NASCAR racing.

“I’m excited about going to the set of General Hospital and taking on a role with Jason,” Burton said in a statement. “I’ve been in commercials and was a guest star on a sitcom a couple of years ago so I’m hoping those appearances prepped me for my soap opera debut. Luckily, I get to play myself and talk racing, which will help take some of the pressure off.”

On Sunday, February 22, Thompson will join Burton at the Auto Club Speedway in Fontana, California for the Auto Club 500 airing on FOX. The actor will enjoy a pace car ride before heading to a hospitality tent where both stars will participate in Q&A and autograph sessions with fans. Thompson will also participate in pre-race festivities by attending the driver’s meeting and driver introductions.

Burton’s “GH” appearance is scheduled to air in mid-March on ABC and SOAPnet.