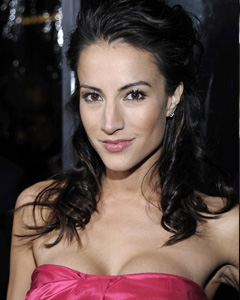 (SoapOperaNetwork.com) — America Olivo is enjoying a wonderful life after being let go from ABC’s “General Hospital.”

Olivo, who portrayed the first Marianna on the ABC soap in 2008 before being replaced by the more seasoned Yennifer Behrens a few weeks later, can currently be seen in the horror film revival of the legendary “Friday the 13th” franchise. In “Friday,” Olivo portrays Amanda, a camper who joins her friends for a little fun near Camp Crystal Lake. Unfortunately for them, they encounter Jason Voorhees – the big man with a machete who stops at nothing to get his kill.

Since opening in theaters on, you guessed it, Friday the 13th, “Friday” has amassed $55 million at the domestic box-office and a haul of  $65.4 million worldwide.

On the web: Bitch Slap Movie