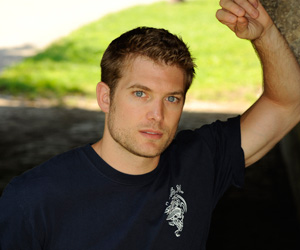 The actor narrowly edged out “The Bold and the Beautiful’s” Brandon Beemer (Owen) for the honor. Also nominated were Shawn Christian (Daniel, “Days of Our Lives”), Eric Martsolf (Ethan, “Passions”), and One Life” co-star John-Paul Lavoisier (Rex). Lawson joined “One Life to Live” on April 24th, 2008.

While earning the title of “Best Hunk,” Lawson was also honored with “Best Chest” and “Hunkiest Newcomer.” John-Paul Lavoisier won “Best Hair” and “One Life to Live” was named “Hunkiest Soap,” beating out “As the World Turns,” “The Bold and the Beautiful,” “Days of Our Lives,” and “The Young and the Restless.”

Several “One Life” male cast members received nominations in other categories, but lost out to other soap stars.

For the complete list of all this year’s nominees and winners, check out the Soap Hunk website.