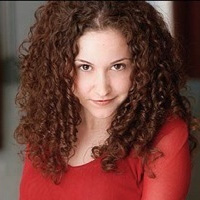 Recently viewers have been noticing some interesting occurrences happening on Spinelli’s computer, including numerous file transfers. Until now, we never really knew the meaning of it all. Beginning Friday, January 2, look for Moses to make her “GH” debut as Winifred, who is described as Spinelli’s “female counterpart.” The question remains…is she just in it for the fun or is she working with some powerful people? One things for certain, Maxie Jones (Kirsten Storms) will make it her mission to find out.

Moses is best known for her role as Tracy McCallister, sister to Macaulay Culkin’s Kevin McCallister in the 1992 blockbuster film “Home Alone 2: Lost in New York.”  She has also appeared in numerous television series including “Sister, Sister” and “My So-Called Life.” More recently she appeared in the hit ABC Family series “Greek” as Lizzi. The actress recently wrapped filming of the upcoming “Ten Years Later” motion picture. No release date has been set.