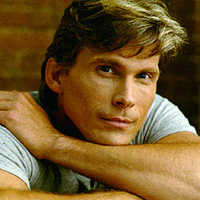 (SoapOperaNetwork.com) — Aleksander puts Springfield back on the map.

Grant Aleksander is returning to “Guiding Light” as the mega-popular Phillip Spaulding in January.

The three-time Daytime Emmy nominee cites his close friendship with current “GL” Head Writer Jill Lorie Hurst, who began talking to him about a return late this past summer, as a main element in prompting his return. Aleksander, who has signed a long-term contract with the CBS sudser, tells Soap Opera Digest that his greatest wish is that the storyline opportunities that his return affords will “help the show stick around for a while longer.” Aleksander will find out what his story entails when he starts taping later this year but thinks whatever is coming should be fun considering that Phillip is “either the father or has been married to everybody in town;” the actor also expects his return story to be a long-arc.

The 49 year old actor started his daytime television career on “GL” in 1982; he remained on the show until 1984. In 1986, Aleksander joined the cast of “Capitol” as DJ Phillips but would return to “GL” later that year. Citing exhaustion, Aleksander would take another leave from the sudser in 1991. He moved on to ABC’s “All My Children” in 1993 as Hayley’s naughty husband, Alec McIntyre. In 1996, Aleksander took his leave from “AMC” and rejoined the cast of “GL” for a third time. He’d remain on the show until 2004 when he was fired under a cloud of controversy.

Phillip’s daughter is sticking around, too. SOD reports that Marcy Rylan (who plays Phillip’s daughter, Lizzie) has re-upped with the show. The specifics of Rylan’s contract have not been revealed; she has played the role of Lizzie Spaulding since 2006.